A “STINGY” landlord has been blasted for replacing a tenant’s dishwasher with a tiny machine that can’t even hold a plate.

The woefully inadequate benchtop washer can’t fit crockery or glassware either and needs to be manually filled with water.

The irate Aussie renter in Sydney shared hilarious pictures of mini washer in a Twitter post in which they slammed their landlord’s choice.

“My landlord has decided that instead of fixing the dishwasher that’s been broken (since I moved in!) they would instead buy me the world’s smallest benchtop dishwasher that doesn’t even fit a dinner plate,” they said.

“You have to manually fill it with water like some kind of peasant”.

To make matters worse, one pundit said the landlord could have saved roughly $50 (£25) if they’d simply have paid for a normal-sized one. 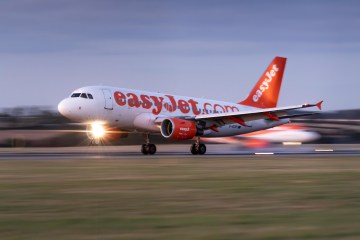 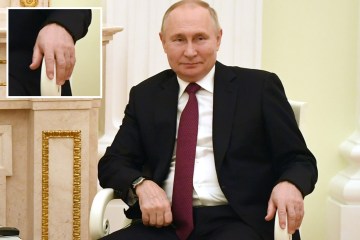 The washer is advertised as a “game changer in the world of benchtop dishwashers” and praised for not needing a water connection to operate.

It can hold a plate up to a diameter of 22.5cm, smaller than the standard dinner plate of 25cm.

“My landlord took years to replace the stove and then it was with the cheapest one on the market. I’ve paid over $130k in rent,” one user wrote.

Another said: “A friend’s landlord bought a new [dishwasher], had it installed in his house and gave their old one to the tenant.”

The landlord refused to clean the dishwasher and invoiced the installation cost to the rental property address so they “could claim it against his tax return,” they said.

Others couldn’t help but chuckle at the situation.

“When we say Eat the Rich … we definitely always mean all landlords,” one user quipped.

Another jokingly added: “Just don’t them eat off big plates – cause they won’t fit inside the dinky dishwasher.”

Earlier this month, a property listing was slammed for offering tenants the chance to stay in a one-man tent on a patio for £210 a month.

The tent was offered by a desperate tenant who decided to rent out the garden space in an attempt to afford her own bills amid the cost of living crisis.

The ”rental” in Palma, Majorca, is placed on an old patio floor next to a terrace and large garden.

The advertiser, a woman called Linda, said in the posting that the tenant has the right to use the kitchen and bathroom only – and she is looking for ”quiet and independent” tenants.

Linda told Antenna 3 News that she placed the advertisement out of necessity in an attempt to afford the £220 rent increase imposed by her landlord.

Her landlady has given Linda permission to advertise the ”living space” on the patio, as subletting without the owner’s permission is illegal in Spain.

On sites such as Milanuncios, holiday rentals are advertised for bargain prices, but the cost of living crisis in Spain has become so bad that some are advertising illegal accommodations.

Electricity, wifi and water are included in the £210 rental price, but a deposit of £220 is required before a tenant can take up residence in the tiny tent.