It is feared Vladimir Putin‘s brutal war may become the backdrop for a wave of violence between pro-European Kosovo and Russian-tied Serbia.

Peace talks failed to defuse a bitter row over car licence plates, leaving the region “on the verge of conflict.”

And Serbia’s President Aleksandar Vucic warned of “hell on the ground” if Kosovo does not back down in the dispute.

The row came to a head this week after Kosovo declared a deadline for cars in the majority-Serbian north of the country to re-register cars with Kosovan plates. 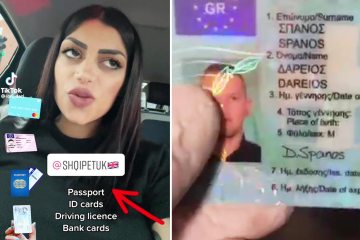 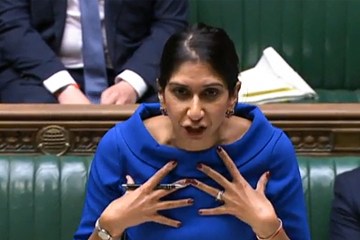 From today, squads of “special police” were due to stop drivers and hand out £130 fines – but it was postponed at last-minute intervention from peace brokers.

Kosovo announced it would postpone the £130 fines for non-Kosovar license plates by 48 hours upon request from the U.S., after previously extending the deadline twice.

It comes as a Special Police Unit has been sent to the region in the North of Kosovo, Albanian Post reports.

“I accept his (the American ambassador’s) request for a 48-hour postponement … I am happy to work with the U.S. and the EU to find a solution during the next two days.”

Both sides were quick to blame one another for the failure to reach a peaceful agreement after a long discussion Monday, suggesting the unresolved dispute could trigger a crisis.

Borrell said: “I think that there is an important responsibility on the sides of both leaders for the failure of the talks today and for any escalation and violence that might occur.”

Meanwhile, Serbia’s President said the situation was “on the verge of conflict,” warning of “hell on the ground” if Kosovo attempts to enforce the fines.

He continued: “The Serbian side was completely constructive and we were accepting the texts that were changed ten times, but the Albanian side did not want to accept anything, not for a second, they would always add something that was clearly not possible.”

For the last two years, the seemingly minor plate change has been met with fierce opposition from ethnic Serbians in North Kosovo, who still answer to Serbian authorities rather than Kosovo.

The flashpoint could become a new proxy war in the global power game between the West and Russia.

The world already sits on a knife edge as Putin’s barbaric war in Ukraine rolls on, and another major war would be a devastating hammer blow to an already fragile Europe.

Serbia is feared to have been infiltrated by pro-Kremlin stooges and the two are feared to be on edge of conflict in “crisis mode” after peace talks between the two countries crumbled on Monday.

Vesko Garčević, former ambassador of Montenegro for NATO and a professor at Boston University, warned Russia-linked Serbia is “playing with fire” when speaking to The Sun Online.

Kosovo declared independence from Serbia in 2008, much to the fury of Belgrade which refuses to acknowledge it as an independent nation.

Kosovo and Serbia previously clashed in the Balkan Wars, with the most bloody conflict between 1998-1999, leaving 14,000 dead, thousands missing, and an intervention by NATO.

And one of the current flashpoints between Kosovo and Serbia is a row over car registration plates.

And while seeming petty, the move has sparked fury in Belgrade.

At least eight fire bombings have already taken place against Kosovo Serbs who exchanged their Serbian plates for ones representing Kosovo.

”Serbia will want to escalate this as much as they can, and if they go further, it could spiral out of control,” Mr Garčević told The Sun Online.

”The US, UK, and UN must become more involved in pre-emptive action.

“They must tell Belgrade this isn’t a game, and it won’t be tolerated.”

Kosovo has backing from NATO – but that has not stopped the tensions with Serbia.

The ethnic Serbs in northern Kosovo are very pro-Russian, he said, and enthusiastic about Putin and his ideas – but they’re also armed.

If instigation of conflict occurs in northern Kosovo, many of these pro-Russian ethnic Serbs will be waiting for the call to arms.

EU High Commissioner Josep Borrell called on both sides to begin a new dialogue as the EU attempts to mediate between the two sides, saying “we have to go out of the crisis mode”.

The West, for too long, has been lenient towards Serbia

Engjellushe Morina, a senior policy fellow at the European Council for Foreign Relations, told The Sun Online that north Kosovo is heavily influenced by Srpska Lista, a Serbian political party that has been linked to violent Serbian gangs, making the situation near the border heightened.

”The westerners are openly pushing the situation towards a direct conflict,” Kremlin spokeswoman Maria Zakharova said earlier this month.

Serbia is a pro-Russian country, and in February, their president bought a high-tech anti-aircraft system from Putin on the same day the Ukraine war began.

Jakup Azemi is a Ph.D. researcher at University College of London’s School of Slavonic and Eastern European Studies, where he specialises in the political history of Kosovo and the time period of the war between Serbia and Kosovo.

Azemi said there is a ”general understanding” that Serbia and ”certain sections of Serbs in the Balkans including those in Kosovo” have been manipulated and used as a tool by Moscow.

Despite this manipulation from Russia into the Balkan state, Azemi said he remains optimistic that Serbia will not begin another war but says the west needs to take a firm stance against Serbia’s actions.

”The West, for too long, has been lenient towards Serbia hoping that its leadership will orient towards the west, but this has not happened,” Azmei told The Sun Online.

Fear of impending conflict in the already fragile Balkan region is exacerbated by the denial of Kosovo’s independence by Belgrade, despite being recognized by 177 foreign countries.

Dr. Neven Andjelic, an assistant professor in International Relations and Human Rights at Regent’s University London, with a focus on Balkan relations, warned Russia could offer war support to Serbia.

But Putin’s involvement would remain at a logistical level only, due to their failure in the Ukraine war.

Dr Andjelic told The Sun Online: ”This is symbolic for Serbia, but they don’t have the military capacity.

“The international community would react strongly if things escalated in Kosovo.

”Belgrade has to give up this imaginary hold they have over Kosovo.”

Many Serbian nationals who left their jobs due to the license plate debacle were reportedly forced to by the Putin-influenced ethnic Serbians.

”It’s obvious that Serbia is a Russian proxy. Russia is trying to spread influence in the Balkans and is using this uproar to distract from what they’re doing in Ukraine,” said Muja.