Manchester’s Bisping in 2016 cemented his place in history as the first from the UK to win UFC gold.

No one since has achieved the same in the UFC or any other major promotion across the world.

But Scotland’s Ray, in the semi-final of the PFL’s 2022 season, is ready to change that.

He faces Anthony Pettis – an ex-UFC champ – in a rematch on Saturday and a win puts him in the PFL finale fight, where $1million is up for grabs.

So for Ray, he has the chance to put himself next to Bisping in the history books, and do so $1m richer. 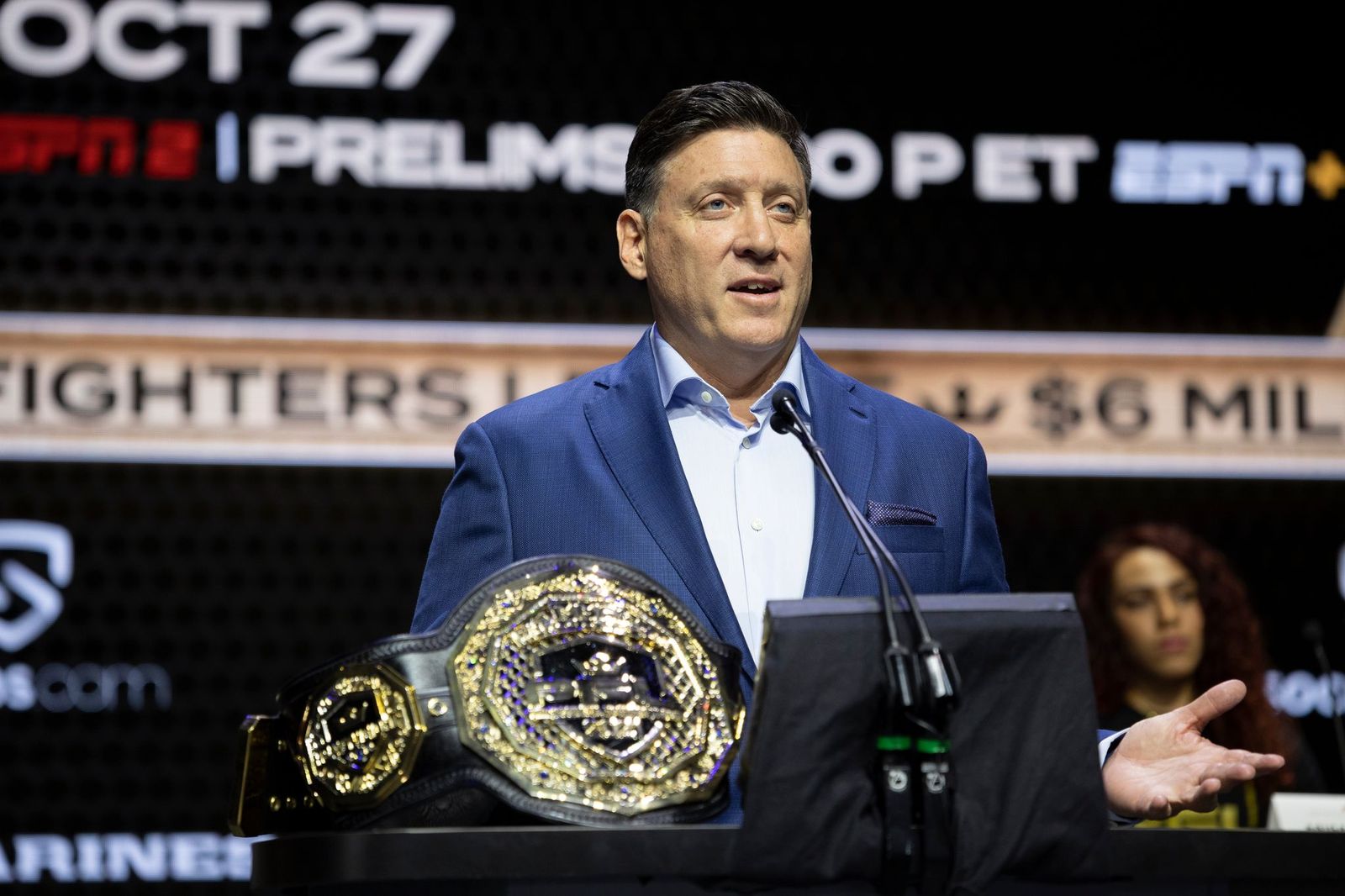 He told SunSport: “I think there’s only been one, and that’s Michael Bisping in terms of MMA world champion.

“Obviously, you’ve got some boxers that have won world titles, Josh Taylor being one, but in terms of MMA, there’s not any other ones.

“And the PFL are right up there with the UFC, even Anthony Pettis, he left the UFC on his own to go with PFL because they offered more money.

“Now I’m two fights away from not only the $1million, but also a legit world title. Confidence always comes from your work ethic, and I know my work ethic is second to none.

“I put in the work and I believe I deserve it, so I’m coming for it.”

The PFL consists of a two-bout regular season, where points are earned per method of victory, and the top four qualify for the semis.

Ray, 32, was beaten by Alex Martinez in his opener but stunned Pettis, 35, with a second-round submission in his second fight.

It earned him five points and secured a spot in the last four in New York, where he rematches Pettis right away.

The American was forced to tap out following a body triangle, suffering an injured rib in the process.

And with such a short turnaround, with little time to rest it, Ray feels he has not only a mental advanatage, but physical too.

He said: “I’m going to be in his head a little bit, as it was only five weeks ago I beat him.

“There’s pressure on him, I was the underdog in the fight and obviously got the win, he’s now fighting me again six weeks later.

Ray added: “It will be the cartilage in his ribs, so it’s uncomfortable.

“I’m sure his ribs will be fine but it’s the training which is going to be affected.

“He would’ve had to have been careful when he started training again, all of this is psychological warfare.

“It’s going to be in his head a little bit that he hasn’t been able to train as hard as he normally does because of his rib injury.

“And while he’s doing that, the guy who beat him is training even harder. I’m coming in fitter, sharper and even better this fight.”

Why don’t Nottingham Forest have a sponsor on their shirts?