Olanrewaju Abdul-Ganiyu Fasasi on Sunday, July 11, passed away in the United States of America, after a sad battle with Angioimmunoblastic T-cell lymphoma (AITL), a rare form of non-Hodgkin lymphoma. Nigerians, entertainers, and dignitaries from different walks of life have been thrown into a sad state since writes Assistant Entertainment Editor GBENGA BADA.

WHEN the duo of Liadi Alarape Fasasi and Adeyinka Ajarat Fasasi welcomed their fourth child and second son, Olanrewaju Abdul-Ganiyu Fasasi, on November 27, 1976, in Jos, Plateau state, little did they know what fate had brought their way. The boy had grown with such intelligence and skill set so much that at the young age of 16, he had his mind fixed on what he wanted out of life. From his days as a student of the Federal Government College in Ogbomosho between 1988 and 1993, Lanre registered his presence as an entertainment and sporting enthusiast. By the time he gained admission into the Lagos State University where he studied Geography and regional planning, he had been able to build a fan base and crew, Naija Ninja, that includes his older brother, Dare ‘Baba Dee’ Fasasi. His versatility as a singer, rapper, songwriter, producer and actor was legendary so much that a sound monarch was born, hence, his stage name Sound Sultan.

For many of his peers, consumption of alcohol, cigarette, and other vices came the road to fame, stardom, and fortune. Sound Sultan proved this wrong as he remained not only true to his values but remained a teetotaller all through his career till death and never smoked nor engaged in any vices. Rather, Sound Sultan set an example as one of the few Nigerian entertainers in Hip Hop, who practiced Islam. Reminiscing on Sound Sultan’s life as a true Muslim, actor, and comedian, Tomiwa ‘Sage’ Kukoyi says, “During every Ramadan since 2010 #EdideEmuSariJe was a bant we all jumped on, on Twitter. Egbon would tweet this at Tahhajud hours and at Sahoor. He would do a little giveaway for those who fasted. But in all, SoundSultan Lived heavily, like a true Muslim, lived a life of service.”

Though many of the vices that are associated with entertainment were abhorrent to Sound Sultan’s beliefs, he had maintained a very close and cordial relationship with all artists that came to his path.

Unknown to many, Innocent 2Baba Idibia, share the most special bond with Sound Sultan while he was alive. The duo, who had ignited their friendship while living and seeking greener pasture in FESTAC town, had remained inseparable. Aside from complementing each other’s successes, the two share a special friendship bond that is unknown to a lot of fans. Reacting to his death after three days, 2Baba was able to bring himself to write a terse eulogy that carried so much weight. “Till we meet again my dear friend and brother. Still so unreal. Will never stop celebrating you. I promise u your fam will be safe and good. Grateful for you and the blessings that you represented in my life,” he wrote.

Like 2Baba, Bright ‘Basketmouth’ Okpocha is another entertainer, who is yet to come to terms with the reality of Sound Sultan’s passing away. Basketmouth’s relationship with Sound Sultan dates back to their early days in the entertainment industry.

In 2009, Sound Sultan tied the nuptial know with his heartthrob, Chichi Morah, a Christian from an Edo/Igbo ethnicity – the marriage went on to produce three offsprings, Mayowa, Bidemi, and Zara. Few years after their marriage, Chichi had converted to Islam and was christened Faridah.

Sound Sultan, who stood at 6ft 4inch before his death, stands tall as one Nigerian entertainer, who maintained a clean sheet on the controversy board for over 20 years of being a relevant entertainer – even in death. The singer had discovered music acts like Sean Tizzle, Karma Da Rapper, Young GreyC, Shawn, and Blacka. Even when Sean Tizzle dumped his label to pitch with another, he was calm and neither spoke ill about him nor raised an eyebrow.

“Sound Sultan always had a young artist he thinks the audience should know, he always did collaborations with them. Backstage, always quiet, playful with everyone. He would mention your name and you’d be shocked Sound Sultan even know about you,” Tomiwa Kukoyi reeled.

Another part of Sound Sultan that many of his fans don’t know is his relationship with nightclub owner and lawmaker, Shina Peller. The two are indigenes of Iseyin in Oyo state and only a few close friends knew his close relationship with Peller. Sound Sultan was one of the first entertainers to throw his weight behind Peller’s political ambition and even went on to campaign for him. “His death remains shocking and a great loss to Iseyin, Oyo State, Nigeria, and Africa as a whole. May God forgive his shortcomings and give the loved ones he has left behind the fortitude to bear the loss,” Peller said.

BEFORE his 2000 hit, ‘Jagbajantis,’ Sound Sultan had made a name for himself winning numerous local talent-hunt shows. He had not only become popular amongst entertainers – especially on Victoria Island, Ikoyi, Festac, and Amuwo Odofin LGA – but had successfully established himself as a sound monarch, owing to his moniker, Sound Sultan. To fans across Nigeria and outside the shores of Nigeria, he was one of the young Nigerians that revolutionalised the music industry by projecting the afro sounds.

Alongside his brother, Baba Dee, Sound Sultan had independently released more singles to stamp his feet on the sands of time. He had become an authority doing it on his own and featuring in hit songs of other artists. He signed his first recording and marketing deal with Kennis Music.

Sound Sultan established himself as one of the few songwriters with depth on the scene. He had appealed to children, teenagers, young adults, and adults with his music appeal. From ‘JagbaJantis’ to ‘Ajo’ or ‘Kokose,’ Sound Sultan’s discography of eight albums and more than six EPs tells it all. His brilliance and dexterity at what he does stand him out like a true ‘8th world wonder’ situated in Nigeria.

Music wasn’t just his forte, he was an all-around entertainer. His characters in Tunde Kelani’s ‘Campus Queen’ to Basketmouth and Kayode Peters’ produced sitcom, ‘My Flatmates’ and the self-produced ‘Heads Gone’ are evidence of his ability to embody a trained and versatile thespian. All these qualities are aside from his humorous side – which can only be best documented by Basketmouth and 2Baba. 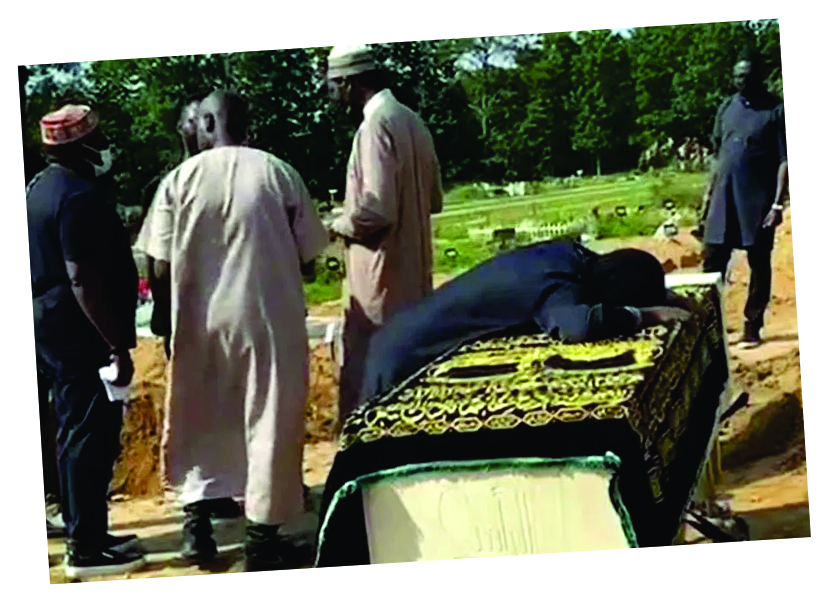 IN just 44 years, Sound Sultan made an impact on his immediate environment, country, and the world at large. The sound monarch didn’t only make music but also imparted in the lives of several youths, entertainers, and Nigerians in and outside the country.

His love for sport – Basketball – was an open secret to all his fans and family members. Aside from collaborating with the Nigerian Basketball Association and other brands to promote the sport, Sound Sultan made headlines when he acquired the Lagos Islanders Basketball Club. His impact on the sport remains indelible.

For many years, fans and even artists believed the Headies plaque was a caricature of Sound Sultan. Many believed that Sultan inspired the plaque and he not only laughed the claims away but responded calmly to it after winning his first Headies in 2016. Sound Sultan saw the tale as a compliment and went on to win a few more Headies aside from other awards.

On some of his impacts, Shina Peller said, “I remember Sound Sultan was a panelist at the official unveiling/leadership symposium of Lead Generation Initiative (LGI) held in Abuja on 21st January this year. Interestingly, he spoke very brilliantly and convincingly discussing the topic, “The Future of Leadership: The Role of the Youth,” with other panelists. I remember I told him to come back home to Iseyin and join me in politics in the interest of our people.”