Just as it looked as if the Gunners’ were in for another unfortunate night after their loss Manchester United, the striker netted to seal a 1-1 draw.

Miedema’s second-half equaliser saw the WSL’s all-time top scorer net for the first time since bagging a brace against Tottenham at the Emirates in September.

Her goal on Thursday night came three weeks after she was granted time off for rest by club and country before the Gunners’ 4-0 defeat of Leicester on November 6.

The Netherlands star was also absent from her nation’s 2-0 and 4-0 friendly defeats of Denmark and Costa Rica.

Of Miedema being given time off for a recharge, Arsenal chief Eidevall said: “I think it’s always (about) striking the balance with freshness and having continuity in the training and playing.

“You obviously need to strike that balance.”

On the Arsenal ace’s first goal in the Champions League group stages, Eidevall added: “I’m very pleased with her goal. 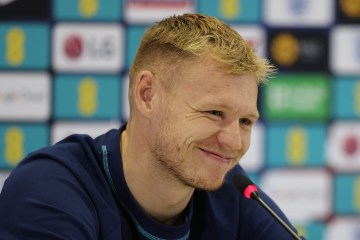 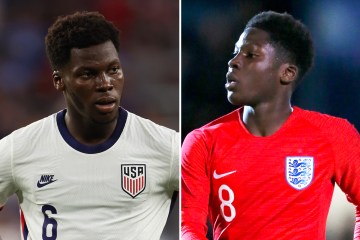 “You could see that Viv was really fighting hard today together with the team on the pitch and that’s what we need.

Arsenal, who have been battling with injuries with skipper Kim Little and Beth Mead, among their key players crocked, had the majority of shots on target.

Stina Blackstenius was through on goal twice in the first half forcing a top drawer block from former Gunners goalkeeper Pauline Peyraud-Magnin in the 38th minute.

And Caitlin Foord forced another last ditch save earning a corner in the opening moments in the second half.

But Eidevall’s side were caught with a counter-attacking sucker punch with Juve taking the lead at the Allianz Stadium in Turin.

Most read in Champions League

And they did so with a clinical finish from Miedema’s Netherlands team-mate Lineth Beereynsteyn who was put through by Cristiana Girelli.

But Arsenal, eager to ensure they did not fall to a second match loss in five days, hit back in the 61st minute.

The 1-1 finish ensures Arsenal remain top of Group C before their December 7 clash with Juve at the Emirates.

And it denied former Gunners’ boss Montemurro the chance to get one over his old club who hope to return to winning ways in the WSL against Everton next Saturday.