THIS is the school where Harry Kane met his childhood sweetheart Kate – but he’s not the only football star who went there.

Kane, 29, is actually the second England captain the London school has proudly produced, and the first inspired the striker to chase his football career.

The dad-of-three attended Chingford Foundation School – as did David Beckham.

The co-ed secondary school opened in 1938, but has changed names and locations multiple times over the years.

It then became an academy in 2012, and now has a list of famous alumni.

Outside of Kane, Beckham and other professional footballers, the school played its part in the lives of actors, barristers and professional basketball players. 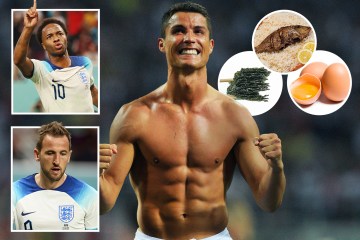 Beckham was the first England captain to attended the school, and recalls that time in the 1980s when he was already dreaming of a football career.

According to his Wikipedia page, Beckham said in 2007: “At school whenever the teachers asked, ‘What do you want to do when you’re older?’ I’d say, ‘I want to be a footballer.’

“And they’d say, ‘No, what do you really want to do, for a job?’ But that was the only thing I ever wanted to do.”

Kane was also an aspiring footballer when he attended the school 20 years later – except his memories included Beckham.

In a letter posted on England’s official website, he said: “Seeing Beckham go on to achieve what he did made it seem a little bit more real.”

Without that inspiration, Kane said his own career “might have felt it was out of reach or an impossible task”.

The 29-year-old told of how when he was about five or six he started playing for the local Sunday league team, the Ridgeway Rovers, which Beckham had also played for.

Kane added: “Growing up and with Beckham being Beckham, growing up he was my idol, and it was the same for a lot of young kids in that area.

“I knew he had played for the same team as me, went to the same local secondary school in Chingford Foundation School, and grew up in the area, so whilst Beckham was obviously a huge figure across the world, for those of us in Chingford, where he came from, that was all people used to speak about.”

Kane admitted he thought it was an “an amazing achievement” for his childhood team to produce two England captains.

The two even have a photo together from when Kane was at school and Beckham came back to visit his old stomping ground.

And in that photo is also Kate Goodland – Kane’s wife and childhood sweetheart.

The pair, who now have three children and two dogs, met at Chingford Foundation School – which was known as Chingford County High School when Beckham attended.

Kane once told Esquire: “We went to school together, so she’s seen my whole career.”