JACK Grealish’s biggest fan, known as ‘Mrs Grealish 69’, says she loves it when supporters all say the same thing to her.

Darcie Philp, 29, was at the England vs Italy Euro 2020 final at Wembley in July last year when the shirt she’d brought along was featured on live TV and went viral.

But 16 months on, Ms Philp is still garnering thousands of interactions for her love of the 27-year-old Manchester City player.

She was seen holding up the shirt again after England’s 6-2 World Cup win against Iran and Grealish, after scoring the sixth, dedicated his goal to 11-year-old fan Finlay, who has cerebral palsy.

Philp replied “Oh I am” to a tweet of someone wishing her a “great day” after the midfielder’s goal, along with a video of her cheering and holding up the now-famous shirt.

She said: “It was really weird, it was pure shock, My friend was with me and said, ‘Oh my God, you’re a meme.’ 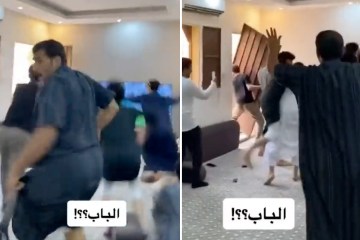 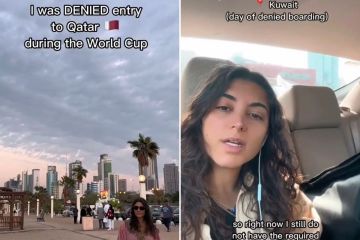 “I was starstruck because Mrs Grealish 69, it’s almost like a character in my life – a lot of people were talking about her but didn’t know my real name. It’s quite surreal.”

Ms Philp’s sister, a football player for Dulwich Hamlet FC and Manchester United fan, was given the kit as part of a “s*** shirt” bar crawl.

“My sister is a Man U supporter but loves Grealish,” Ms Philp explained.

“When I got my sister a ticket (for the final), I said ‘You have to wear the shirt,’ because we both share a love for Grealish… I mean, I think the whole nation do.

“But she turned up just wearing an England shirt… As a joke, I laid out the shirt (on the seat) and everyone was walking past like, ‘What on earth is this?’ And she was like, ‘I am not touching it. It’s not mine.’

“And then when Grealish came on at the final, I just got really excited and started waving the shirt around.”

Ms Philp turned her phone off of airplane mode after the match had finished and it “exploded” when thousands of Twitter users had commented on the shirt, many labelling her an “icon” and “queen”.

“I had people from all over the world, people in Australia messaged me.

“Some did message me that I did know saying, ‘You made us all laugh through the tears.’

“And they said that maybe had England won, Mrs Grealish wouldn’t be such a big thing, but it was a bit of entertainment that softened the blow of not winning the final.”

Ms Philp, an agency manager based in Tooting, London. has always been a football fan.

She described the love for Grealish as “a sidenote” and touched on a promise the football star kept to a young fan as he marked his first World Cup goal with a special celebration.

He stretched his arms out to the side and rolled them in waves, keeping a pledge he made to an 11-year-old City and England fan, Finlay, who has cerebral palsy and wrote to Grealish earlier this year.

“I think he’s quite cheeky, he’s got a lot of character – even on the pitch you can feel his character,” Ms Philp said.

“You see a lot of footage where he’s quite playful but also he has a different, softer side to him.

“And the Finlay celebration… I thought it was so nice – very, very touching.

Ms Philp described the shirt as an “innocent joke that I never intended the TV to ever see” – though her boyfriend, 28-year-old Joe McWilliam who she met in February this year, is a good sport about Mrs Grealish’s fame.

“This is all very new to him,” she said of the attention garnered over the beginning of the World Cup.

“He’s finding it quite funny. He just said, ‘So if Jack Grealish comes along, have I run my course?’ and I was like, ‘Probably.’

“This is who I was before he came along so I can’t change now,” she joked.

Though Ms Philp also expressed some disappointment at not hearing from the man himself.

With her 30th in two weeks, she says it’s a bit annoying he’ll be in Qatar.

She said: “I was hoping someone would arrange a special appearance or something.

“Actually my mum, for my birthday last year, she printed out a card with a picture of me holding the shirt and then a picture of him as well.

“And I think we sent it to Man City and he signed that, but that’s as far as it got.”

And as for how far she predicts England will make it in the World Cup – “They’re gonna win. I can’t say otherwise, can I?”