I made my naughty son, 8, walk half a mile home – now my life is ruined and I can no longer work with kids 
A MUM who made her naughty eight-year-old son walk half a mile home on his own ended up arrested, handcuffed and thrown in jail.

Heather Wallace, 37, a qualified teacher and child sleep therapist, was charged with endangering a child – a second-degree felony with a maximum prison sentence of 20 years.

Rather than risk time behind bars, Heather, from Texas, said she admitted the offence and took a six-month community service programme instead.

But she was forced to quit her job, lost her confidence as a mother, and is now barred from working with kids.

The nightmare began one afternoon last October when Heather’s eldest son, Aiden, started throwing a strop while they were driving home from karate with his younger brothers Liam and Declan. 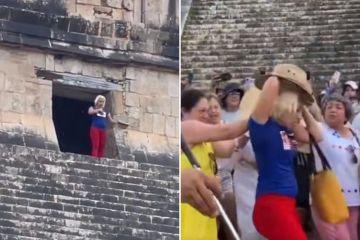 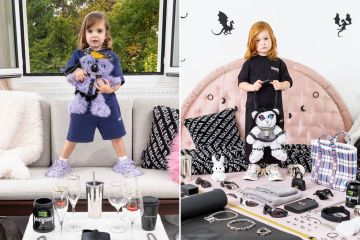 Heather said she asked Aiden to get out of the car and walk the half a mile home along a route he knew well with little traffic.

She told the Independent: “When he gets like that we have our routine, we can’t engage with him.

“He calms down just fine after that and we can kind of move on.

“I opened the door and he got out. There was no shouting, there was no argument, I know not to argue with a child in that state of mind.”

But a neighbour spotted Aiden walking home alone and called the cops on Heather, she said.

A few minutes later, she said officers pulled up and knocked on the front door and questioned her while Aiden sat in the back of the police car.

Heather was arrested, handcuffed, and put in the police car in front of her three kids.

She said a case worker from Texas Child Protective Services arrived and quizzed her for some time about her parenting habits while she was still handcuffed in the back of the car.

“I think they were trying to figure out what to do with me – and whether what I had done was illegal or not,” she said.

Three hours after the cops turned up at her door, she was taken to McLennan County Jail and charged with endangering a child – a felony that carries a mandatory two-year prison sentence.

Heather’s husband, Scott, paid $300 bail the next day to get her out.

And child services forced the parents to agree to a safety plan – which meant they weren’t allowed to be alone with the children.

Until the order was lifted, the children’s grandmothers took turns spending the night at the house.

But she still faced the child endangerment charges.

After hiring a lawyer, Heather learned she could spend up to 20 years in prison – and agreed to plead guilty to the charges.

I opened the door and he got out. There was no shouting, there was no argument, I know not to argue with a child in that state of mind

Instead of time behind bars, she took a diversion programme which included 65 hours work at an early childhood centre.

But she was banned from working there during the week when kids were around and was forced to work weekends, cleaning and helping develop the school curriculum.

Heather also faced eight random drug tests – meaning she had to leave her kids alone to travel to the testing centres.

After admitting the charge, she was forced to quit her job at a sleep consultancy firm and she’s also banned from working as a teacher.

Heather and her husband Scott said they were forced to sell their family home to cover legal and medical bills – and faced a huge amount of stress and trauma from the incident.

She said she lost confidence in her own ability as a mum after the charge.

“It’s all very painful,” she said.

“I know I need to be confident in the parenting decisions I make because they’re mine to make, instead always worrying about what other people are thinking.”

Heather’s sister, Britt, has set up a GoFundme page to help raise money for the struggling family.

More than 400 people have donated – with many saying they were left “appalled” by the treatment Heather faced.

One donator said: “It likely sickened me to hear what this family had to endure, I am astonished that this is even possible – disgraceful!”

Another wrote: “This story infuriated me. No human being should be treated like this.”

The Sun has contacted Waco Police Department for comment.

The Texas Department of Family and Protective Services told The Independent they were unable to comment on specific cases under state law.