EERIE photos have emerged of a shipwrecked U-boat rumoured to have helped Hitler escape to Argentina.

Experts have found clues that suggest the 80m-long wreck could be a real Nazi submarine after analysing new pictures taken by Argentine divers.

It was discovered near Quequén, a port in central Argentina, by the Eslabón Perdido (Missing Link) research group.

Group leader Abel Basti believes it was a Nazi submarine that could have carried Hitler to a new life in South America.

Fabio Bisciotti, who leads the underwater study group at the Italian Naval League, analysed photos of the wreck and believes there are pointers it could be a German U-boat after all

One such clue was a yellow plate, marked with two S-like characters in a familiar font. 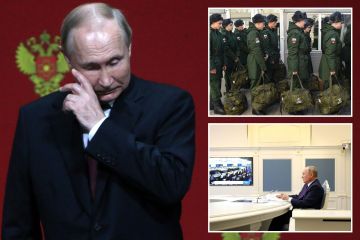 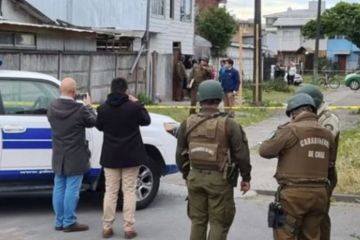 Mr Bisciotti said: “Talking to other historians, we have discovered that this type of character is very similar to the German alphabet used during the war.”

The colour might indicate a U-boat too – under the red lights of a submarine, yellow is easier to distinguish than other hues.

Mr Bisciotti added: “Gold is the first and last natural colour able to be seen in the darkness with red light.”

The diver also highlighted the interesting whereabouts of the wreck.

He continued: “If we are talking about a submarine, yes, it could be German. This area was avoided by American or British warships, including submarines.

“So at the end of the war, if we are talking about submarines, it’s German.”

Other photos revealed a potential periscope, as well as what could be hatches, and the possible remains of a conning tower.

“But by the images I can see something very, very interesting such as the deflector of the conning tower for the waves.

“The U-boat has got a particular design, very similar to the SS uniform – it’s unique.

“The design is quite similar to a German conning tower; so this is one of the proofs that maybe can bring us to the truth.”

Even the size seems to fit, he added.

Mr Bisciotti himself takes no position on the theory that Hitler survived the Second World War.

He further emphasised that his opinion was his alone and that he would have to dive to the wreck personally in order to identify it with confidence.

Mr Basti, however, believes the wreck may be the genuine article.

Speaking in September, he said: “My main hypothesis – which I have detailed in my books – is that Hitler fled to Argentina.

“This could be the submarine that evacuated Hitler at the end of the war.”

Mr Basti believes that the submarine was blown up to cover Hitler’s tracks, before the tyrant was taken to a Nazi-owned ranch at Moromar, 24 miles north of Quequén.

According to ArgenPorts, an industry publication covering Argentina’s ports, the cliffs there are ideal for signalling small boats of the sort that might have brought people ashore.

The website further asserts that the ranch was built by Ludwig Freude and Thilo Martens – both of whom are named in US government files as German agents.

He reportedly followed truck tracks from the beach to Moromar, where men with machine guns prevented him from entering.

When he asked for further instructions from his superiors, Mariotti was told to forget the whole matter – or so the story goes.

Declassified FBI documents also include one 1945 account of Hitler reaching Argentina by U-boat, but that was at the Valdes Peninsula – some 400 miles south of the newly-found wreckage.

Steven Woodbridge, a senior history lecturer at London’s Kingston University, urged scepticism when the wreck was found earlier this year.

“Until it can be fully verified by the Argentinian authorities one has to tread very carefully,” he said.

The Argentine Naval Prefecture (PNA), which has dived the wreck, declined to comment.

It comes after declassified documents revealed how the UK and US hunted for Hitler for ten years after the end of World War 2 as they feared he was still alive.

Spy files held in the archives of the CIA and the FBI unearthed by The Sun Online show the stunning leads pursued with very real fear that Hitler escaped from his bunker in Berlin.