CHELSEA reportedly face having to pay Mason Mount £300,000-a-week on a new contract.

The Blues are plotting an ambitious double swoop for England pals Jude Bellingham and Declan Rice.

Mount, 23, has been one of Chelsea’s key players since breaking into the side three years ago.

He’s been the club’s Player of the Year for the past two seasons.

And Mount is now a regular for his country, playing a key role in Monday’s 6-2 World Cup win over Iran.

He looked right at home in a midfield three with Borussia Dortmund’s Bellingham and West Ham’s Rice. 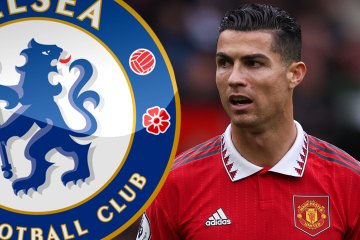 And the Telegraph claims Chelsea are looking to swoop for both aces in a mega midfield rebuild next summer.

However, that could force the Blues to pay top dollar to contract rebel Mount, who is one of their lowest earners on £88k per week.

He has just 18 months remaining on his Stamford Bridge deal.

And although talks are progressing, there is yet to be a breakthrough over fresh terms.

Mount is now thought to be attracting interest from both Liverpool and Juventus.

But he is sure to stay if presented with a contract boasting a weekly wage of £300k.

That’s because Rice and Bellingham would reportedly command that salary should they move to west London.

And Mount would want to be on level terms with his Three Lions teammates.

It now remains to be seen whether Chelsea can find a breakthrough after the World Cup.

Mount will be hoping to keep impressing when England face the USA on Friday.