The Glazers confirmed on Tuesday night they are putting the club up for sale after 17 years at the helm.

And SunSport now understands billionaire Ratcliffe, a Man Utd fan, is expected to table a bid to buy the Old Trafford outfit.

However, he will only pay as high as £5billion for the club.

That could present an issue as the Glazers value the club between £6-8bn.

It comes just one month after Ratcliffe declared his interest in the club but claimed the Glazers were not interested in selling. 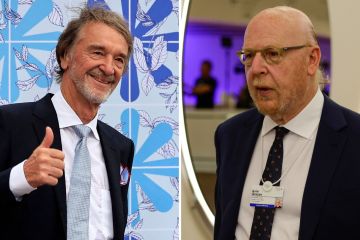 Speaking in October, he said: “I met with Joel and Avram, and they are the nicest people, and they don’t want to sell it.

“If it had been for sale in the summer, yes, we would probably have had a go, following on from the Chelsea thing.

“But we can’t sit around hoping one day Manchester United will become available.”

A number of huge companies have been linked with a move to take over the Glazers at Man Utd.

Facebook and Amazon are both “credible” and “serious” suitors to succeed the American billionaires.